Eva is often appointed as arbitrator by parties and various arbitral institutions around the world, and has acted in arbitrations stemming from a wide array of industries under all major institutional arbitration rules (ICC, ICSID, LCIA, SCC, SIAC, SCAI, FAI, CAM, LMAA, RAC, VCCA and others), governed by various procedural and substantive laws (English, Swiss, US (New York and Connecticut),  Swedish, Russian, Ukrainian, Italian, Singapore, Israeli, Latvian, Estonian, Lithuanian, CISG, UNIDROIT Principles), and involving amounts in dispute of up to US$1 billion.

Eva is a Member of the ICC Court of Arbitration and a Court member at the PCA. She is a member of the ICSID Panel of Arbitrators and has advised Eastern European governments on their foreign investment policies, as well as provided expert opinions in BIT cases to foreign investors. She also sits as an arbitrator on an ICSID annulment committee.

Eva has particular expertise in CIS disputes. In addition to Italian, French, Spanish and German, Eva also speaks Latvian and Russian, allowing her to take an active role in complex arbitrations involving international companies and governments from Eastern Europe, including Russia. She is on the recommended list of arbitrators of the Russian Arbitration Center (RAC) and a former council member of the Georgian International Arbitration Center (GIAC). She has chaired very large CIS arbitrations and acted as lead counsel in shareholders’ disputes in Eastern Europe.

Prior to joining LKK in 2009, she was an associate at a large European firm, where she represented several large energy and construction companies in investment treaty arbitrations.

In 2019, Eva was recognized as one of the two most highly regarded individuals in Who’s Who Legal: Arbitration — Future Leaders (Europe), where clients and peers say she is “like a fish in water when it comes to complex and sophisticated arbitration”. She is also noted as a “Recommended” practitioner in the Legal 500 EMEA Guide 2020, a Rising Star in the Expert Guides 2019 (Commercial Arbitration), a Future Leader in the WWL Arbitration 2020 Guide, and a recommended practitioner in WWL Arbitration 2021 Guide.

Eva holds an LLM from Harvard Law School (Fulbright scholar) and is admitted to the New York bar. She speaks and publishes regularly on international arbitration topics, has acted as a representative of ICC YAF (Europe) and Young ICCA (Europe), taught courses on dispute settlement and worked as a mediator in Boston courts within the framework of the Harvard Mediation Program.

The Scope of ICSID Review, Remarks on Selected Problematic Issues of ICSID Decisions

The Scope of ICSID Review, Remarks on Selected Problematic Issues of ICSID Decisions 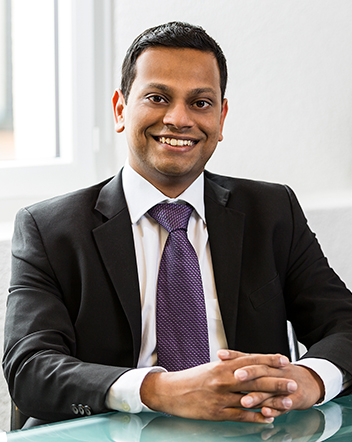